Migration can be about better education and opportunities.

Originally from Azerbaijan, Kanan is now living and studying in Gaziantep, Türkiye. He is passionate about cutting-edge technology, unmanned ground vehicles, and Mars rovers. He studies Electrical and Electronic Engineering at Gaziantep University. 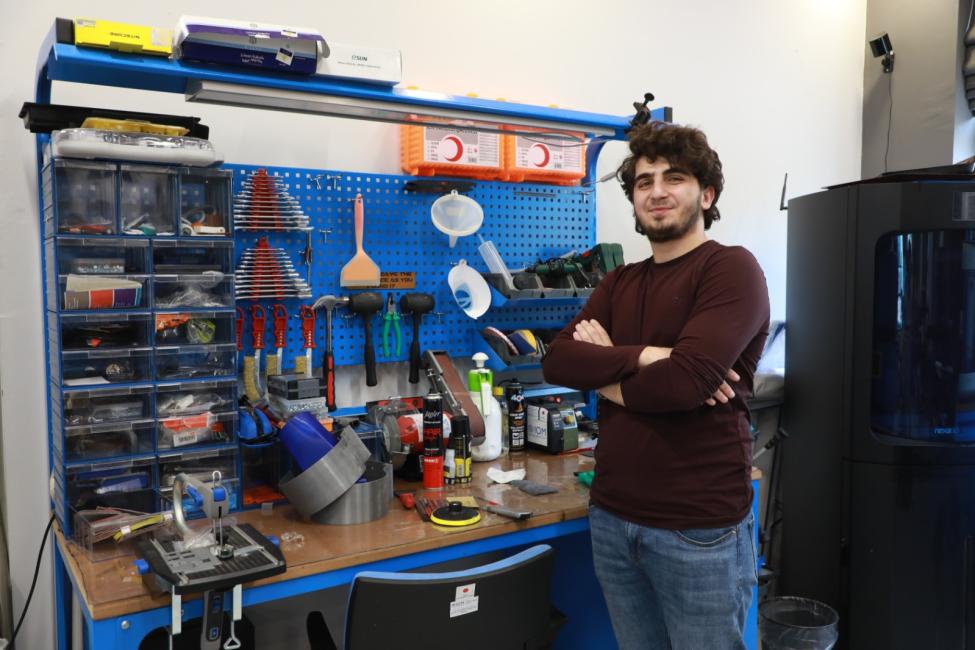 "I have access to technology hubs, tech events, and business networks here."

The ambitious twenty-year-old man built his own team to compete in the category of Agricultural Unmanned Land Vehicles at the 2023 Teknofest Aerospace and Technology Festival – the largest festival of its kind in Türiye. Kanan’s plan doesn’t stop with the festival participation: he plans to further develop his idea into a business in the long run.

“Better education and opportunities were major motivating forces behind my decision to study abroad. Choosing that was a spur-of-the-moment idea, but I spent a whole year getting ready.”

Although his family supported Kanan, they were not fully confident that he would pass the exam and move to Türkiye – the time for exam preparations was relatively short. Despite all fears and limited time, Kanan aced the exam and moved to Türkiye for new opportunities.

Kanan was never afraid to travel or stay abroad alone. He believes his sports experience has helped him to build his confidence and self-reliance: he’s been practicing judo since he was seven and spent a lot of time in competitions in various cities.

On top of that, Kanan’s family is an inspiration and a source of strength for him: "My grandfather and uncles are engineers. We have spent a lot of time in a workshop close to our home ever since I could remember. That's what determined my decision to study engineering too.”

However, Kanan moved to a new country at times of lockdowns amidst the COVID-19 pandemic. Restrictions caused by COVID-19 challenged his integration process: "I could easily adapt here once these limitations were lifted." But Kanan doesn’t regret that – he arrived rather prepared.

Kanan had developed his online social network before he arrived in Türkiye, and he also knew a few people from Azerbaijan who studied at Gaziantep University too.

“I was so excited about tech hubs and the campus because I learned from my friends about what was waiting for me,” Kanan recalls.

Together with his team, he continues working on his project and wants to make valuable impacts on society in future.

Innovation happens at the intersection of technology, creativity, and motivation. Kanan spends most of his time working with his team at the IOM Resilience Innovation Facility (FABLAB). It is located on the campus of Gaziantep University, where students have access to a variety of trainings, mentor support, and high-tech equipment to help them turn their creative ideas into reality and exchange their cultural experiences.

IOM Türkiye and its partners are continuing to help people like Kanan find more opportunities, realize their talents and potential, contributing to a better future. With the financial support of the Bureau of Population, Refugees, and Migration (PRM), the Government of Japan, and the IOM Development Fund (IDF), IOM Türkiye supports FABLAB and provides equal access for migrant, refugee, and host communities in Türkiye to its facilities and educational programmes.

'IT TAKES A COMMUNITY' PHOTO EXHIBIT

Every Child Has the Right to a Childhood