It was another day, another bombing in 2016 in Syria. This time, 11-years old Renad’s school in Darkush, northwest Syria, was almost destroyed.

Damaged classrooms with broken boards and desks, dirty walls, and destroyed playgrounds, however, didn’t prevent Renad and more than 740 other children from coming to what is left of their school and continue learning and enjoying their childhood.  They still had fun during breaks playing in the schoolyard, which turned into a pile of stones, often getting themselves injured.

The bombing left the school with overcrowded and under-equipped classes with more than 60 children per class and no room for new children arriving at the camp. Nothing was left from the once colorful classrooms and corridors. Instead, penetrating damp began to appear on the walls, which led to the spread of mold, posing another threat to children’s health.

Fortunately, thanks to the International Organization for Migration’s (IOM) support, implementing partners carried out rehabilitation works at the school as part of early recovery efforts in northwest Syria.

The newly rehabilitated school now offers more classrooms and can seat almost 900 children compared to the 743 available seats before the rehabilitation. The classrooms are no longer overcrowded, and the school can absorb more displaced children if needed.

All the damaged classrooms and corridors were rehabilitated and painted, equipped with new desks and boards too, bringing color back into the lives of children preparing for their future. 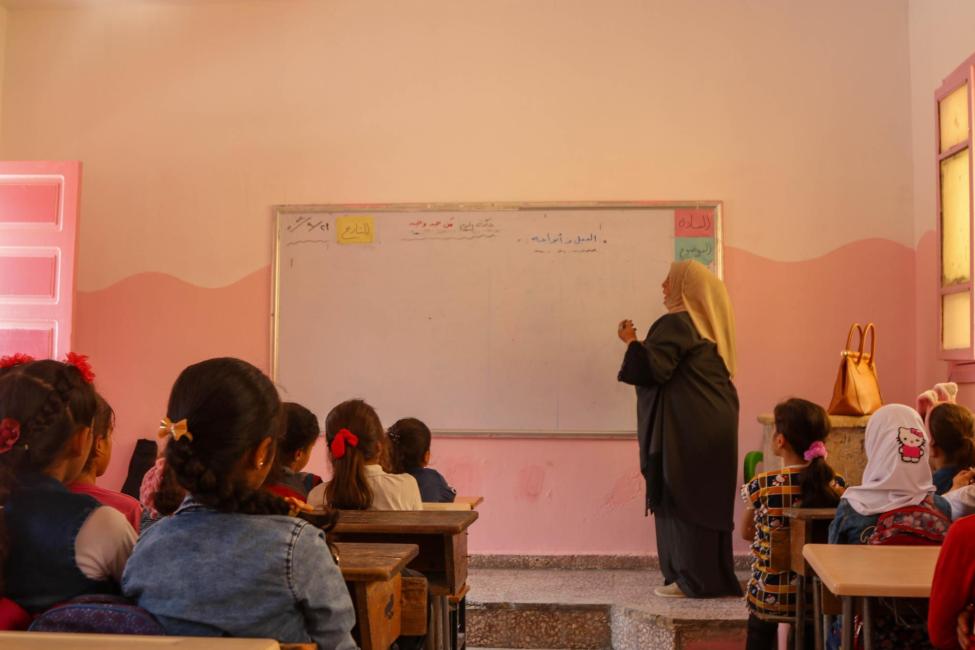 “The school is my home. It is also my work that allows me to support my family financially. School is where we shape new generations,” says Huda, a class teacher at the school.

Huda has been working there since 2008 and has taught many talented students: future doctors, teachers, architects, and business owners. It was painful for her to see the alma mater of many displaced children turned into ruins.

“The school was in dire need of restoration. However, the rehabilitation works made everyone happy, and not only teachers and children, but, it seems, all the people in the city too,” Huda said.

For Renad, she couldn’t wait to get back to school. She used to come and watch the rehabilitation process and check on the progress until all the work was finished.

Renad is in love with her renovated school. Her new favorite spots are the new schoolyard for extracurricular activities, sports, and games and the colorful paintings covering the walls. 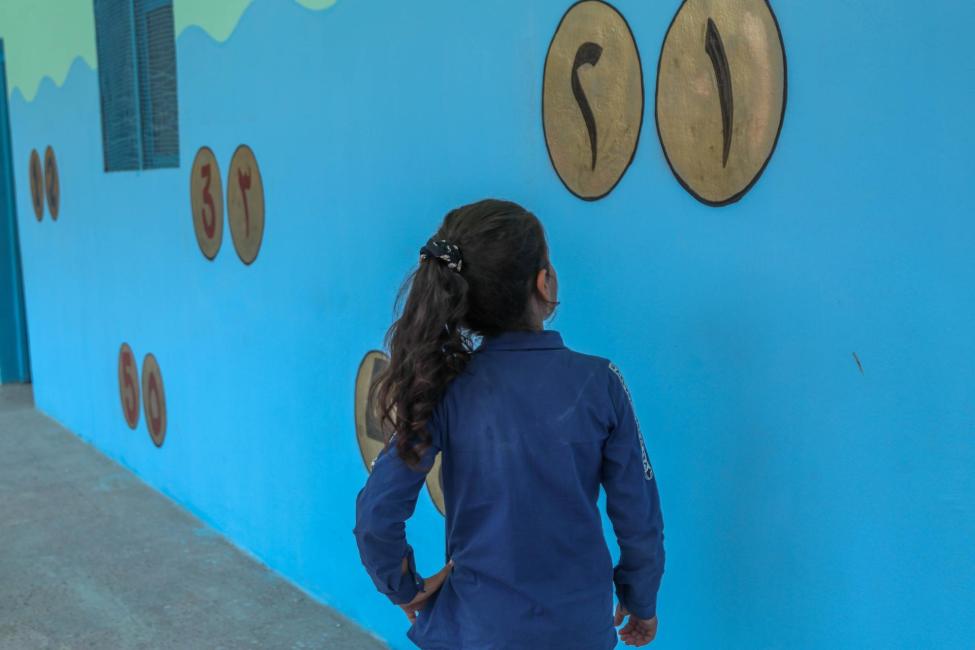 “I love everything about my new school and am happy to be back!,” she said.

Renad is dreaming of becoming a pediatrician. She is only at the beginning of her journey, but she is determined to do her best to make her dream come true, despite any challenges that may come her way.

IOM, through its implementing partners, supports efforts to build the resilience of vulnerable populations in northwest Syria. The rehabilitation works are part of such efforts that allow the restoration of the infrastructure in the affected areas. With the rehabilitation works, access to education has become better thanks to the generous support of the Syria Cross-Border Humanitarian Fund.

'IT TAKES A COMMUNITY' PHOTO EXHIBIT

A Brighter Future, with New Hopes and Opportunities

Every Child Has the Right to a Childhood